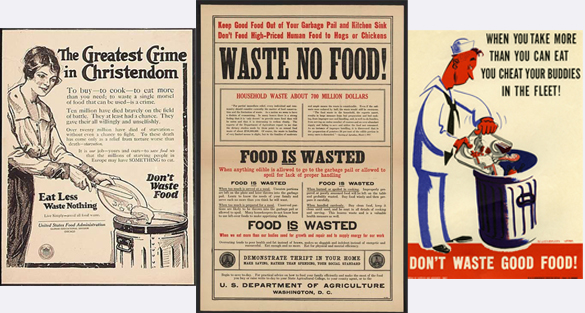 Direct economic costs of $750 billion annually – Better policies required, and “success stories” need to be scaled up and replicated

11 September 2013, Rome – The waste of a staggering 1.3 billion tonnes of food per year is not only causing major economic losses but also wreaking significant harm on the natural resources that humanity relies upon to feed itself, says a new FAO report.

Food Wastage Footprint: Impacts on Natural Resources is the first study to analyze the impacts of global food wastage from an environmental perspective, looking specifically at its consequences for the climate, water and land use, and biodiversity.

Among its key findings: Each year, food that is produced but not eaten guzzles up a volume of water equivalent to the annual flow of Russia’s Volga River and is responsible for adding 3.3 billion tonnes of greenhouse gases to the planet’s atmosphere.

And beyond its environmental impacts, the direct economic consequences to producers of food wastage (excluding fish and seafood) run to the tune of $750 billion annually, FAO’s report estimates.

“All of us – farmers and fishers; food processors and supermarkets; local and national governments; individual consumers — must make changes at every link of the human food chain to prevent food wastage from happening in the first place, and re-use or recycle it when we can’t,” said FAO Director-General José Graziano da Silva.

“We simply cannot allow one-third of all the food we produce to go to waste or be lost because of inappropriate practices, when 870 million people go hungry every day,” he added.

As a companion to its new study, FAO has also published a comprehensive “tool-kit” that contains recommendations on how food loss and waste can be reduced at every stage of the food chain.

The tool-kit profiles a number of projects around the world that show how national and local governments, farmers, businesses, and individual consumers can take steps to tackle the problem.

Achim Steiner, UN Environment Programme (UNEP) Executive Director, said: “UNEP and FAO have identified food waste and loss –food wastage– as a major opportunity for economies everywhere to assist in a transition towards a low carbon, resource efficient and inclusive Green Economy. Today’s excellent report by FAO underlines the multiple benefits that can be realized– in many cases through simple and thoughtful measures by for example households, retailers, restaurants, schools and businesses– that can contribute to environmental sustainability, economic improvements, food security and the realization of the UN Secretary General’s Zero Hunger Challenge. We would urge everyone to adopt the motto of our joint campaign: Think Eat Save – Reduce Your Foodprint!”.

UNEP and FAO are founding partners of the Think Eat Save – Reduce Your Foodprint campaign that was launched earlier in the year and whose aim is to assist in coordinating worldwide efforts to manage down wastage.

Fifty-four percent of the world’s food wastage occurs “upstream” during production, post-harvest handling and storage, according to FAO’s study. Forty-six percent of it happens “downstream,” at the processing, distribution and consumption stages.

As a general trend, developing countries suffer more food losses during agricultural production, while food waste at the retail and consumer level tends to be higher in middle- and high-income regions — where it accounts for 31-39 percent of total wastage — than in low-income regions (4-16 percent).

The later a food product is lost along the chain, the greater the environmental consequences, FAO’s report notes, since the environmental costs incurred during processing, transport, storage and cooking must be added to the initial production costs.

Several world food wastage “hot-spots” stand out in the study:

Wastage of cereals in Asia is a significant problem, with major impacts on carbon emissions and water and land use. Rice’s profile is particularly noticeable, given its high methane emissions combined with a large level of wastage.

Similarly, large volumes of vegetable wastage in industrialized Asia, Europe, and South and South East Asia translates into a large carbon footprint for that sector.

Causes of food wastage – and options for addressing them

A combination of consumer behavior and lack of communication in the supply chain underlies the higher levels of food waste in affluent societies, according to FAO. Consumers fail to plan their shopping, overpurchase, or over-react to “best-before-dates,” while quality and aesthetic standards lead retailers to reject large amounts of perfectly edible food.

In developing countries, significant post-harvest losses in the early part of the supply chain are a key problem, occurring as a result of financial and structural limitations in harvesting techniques and storage and transport infrastructure, combined with climatic conditions favorable to food spoilage.

High priority should be given to reducing food wastage in the first place. Beyond improving losses of crops on farms due to poor practices, doing more to better balance production with demand would mean not using natural resources to produce unneeded food in the first place.

In the event of a food surplus, re-use within the human food chain— finding secondary markets or donating extra food to feed vulnerable members of society– represents the best option. If the food is not fit for human consumption, the next best option is to divert it for livestock feed, conserving resources that would otherwise be used to produce commercial feedstuff.

Where re-use is not possible, recycling and recovery should be pursued: by-product recycling, anaerobic digestion, compositing, and incineration with energy recovery allow energy and nutrients to be recovered from food waste, representing a significant advantage over dumping it in landfills. Uneaten food that ends up rotting in landfills is a large producer of methane, a particularly harmful GHG.

Funding for the Food Wastage Footprint report and toolkit was provided by the government of Germany. 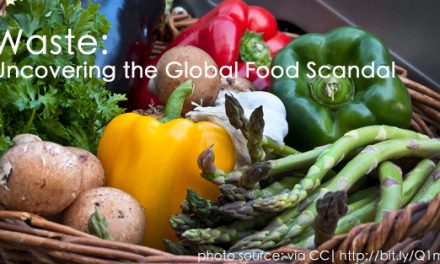 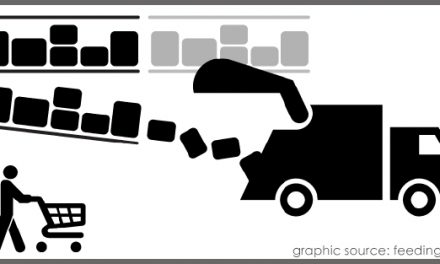 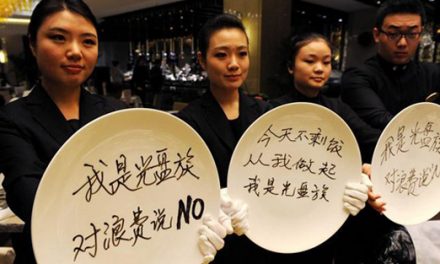